Greenwood closed the Louisa Street Bridge about five or six years ago. There was talk about the replacement bridge from Christian Valley. There were many promises about the new bridge reaching completion by “this” summer or “next” fall, or for sure the “next” summer after that. On and on went the talk and promises, but all Greenwood found built were excuses. 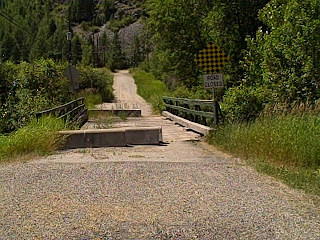 In contrast, when the Minneapolis six-lane I-35 bridge collapsed into the Mississippi River, it took exactly one year to clear it away, and design, engineer, build and complete a new eight-lane replacement bridge. 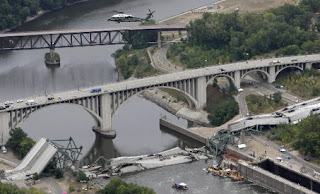 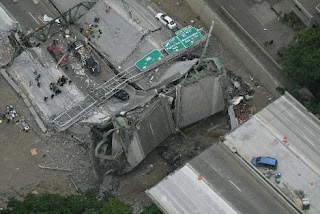 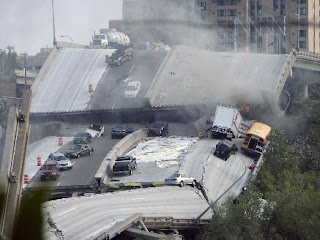 In Florida, last winter, a tanker crashed and burned intensely, melting much of an expressway overpass. Four weeks later the overpass repairs and replacements were complete. 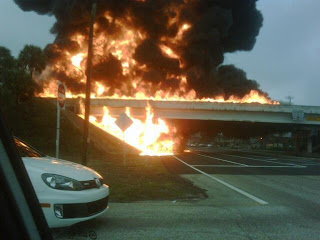 It is good for a new bridge to be stationary. In Greenwood’s case, it should become stationary after the bridge is in place over the water, not before.
Posted by Michael at 1:24 PM

Thank you for making me laugh. I left Greenwood almost 5 years ago after listening to the Greenwood promises of a new bridge before leaving. Just last month we were back for a visit and my husband and I went for a cruise to check out the place and see any new changes. We were at first shocked, then laughingly making comments about "only in Greenwood", when after driving over that way with the expectation of driving over the creek we found "THERE IS STILL NO BRIDGE."