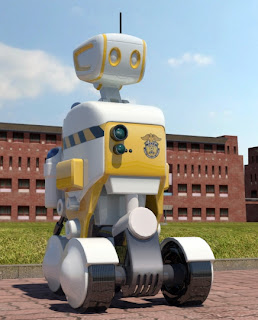 No calling in sick. No complaining. No endless contract negotiations. No letting drugs into the prison.
Full Story >> http://www.koreaherald.com/national/Detail.jsp?newsMLId=20111124000755
Posted by Michael at 2:07 PM No comments:

This story was not published because of a court-ordered publication ban. Since that time the court system has thrown the charges out due to the length of time it was taking to complete the trial.
This is what was written last May.

Mr. Ellis was in court to face many charges: Theft over $5000; PSP Over $5,000; Assault with a weapon; Dangerous operation of motor vehicle; Operating motor vehicle while disqualified; Flight from peace officer; Possession for the purpose of trafficking; Theft $5000 or under; another PSP Under $5,000 (Possession of Stolen Property); and Uttering threats.
The court heard of a long dramatic police chase 806 days ago, from Midway and through Kettle Valley into Rock Creek.
It heard of the finale when a large pick-up truck rammed a police cruiser and tried to drive over the top of it, pinning a policeman inside. It heard of shots fired.
The defence attorney seemed to be painting a picture during the cross-examination of the officer who was in the rammed vehicle: she questioned in a way to show that at no time --- not in Midway, not during the chase, not during the hide-and-seek portion when contact with the pursued was temporarily lost, not when the police car was rammed --- was the officer able to identify Michael Ellis as being the driver of the truck.
The policeman thought he would soon lose his life while he was trapped in his vehicle.
-
Posted by Michael at 12:37 PM No comments:

Spoof Column
Dear Dr. TinkerJoe,
There is a home eight houses away from me that blasts music very loudly. It invades my house. I can’t escape it. I can’t even sleep.
Sometimes the people in the house even leave their music blaring when they are not at home.
Dr. Joe, do you think it would be OK if I borrowed my cousin Nukeoff’s tank and drove over there when they are not home and blow their house to bits?
Sincerely,
Exasperated 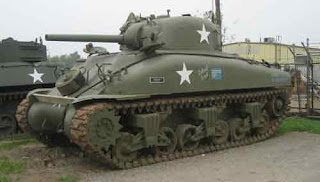 Dear Exasperated,
No!  No!  No! Exasperated, don’t do that. For sure not.
The tank tracks would cut up the pavement in the street and you could get in a lot of trouble for that.
It would be better to use Rocket Propelled Grenades. Lob one at the front door, one at the back and one onto the roof as a finishing touch.
You could probably pick one up at Wal-Mart or from some select Indian Reserves.
Sincerely Yours,
Dr. TinkerJoe
Question for Dr. Joe?
Please write:
DrTinkerJoe@boundaryfreepress.com
Posted by Michael at 12:02 PM No comments:

Russia has sent warships into Syrian waters to comfort their friends.
-
Posted by Michael at 11:13 AM No comments:

Can We Get One?

Posted by Michael at 5:39 PM No comments:

Posted by Michael at 7:16 PM No comments:

The Bridesville Women’s Institute is sponsoring the 29th Annual Christmas Craft Fair to be held at the Rock Creek Pavilion on Saturday, December 3rd, from 10am to 3pm, featuring over 40 area crafters and vendors.    A hot soup lunch, coffee, tea and goodies will be available.   Come join us in Rock Creek on Dec 3rd for an old-fashioned Country Christmas Craft Fair.

- Bridesville Women's Institute
Posted by Michael at 6:54 PM No comments:

It is getting seriously bad in the world and it is about to go out of control and yet the mainstream news says nothing … only lies.
Posted by Michael at 12:37 PM No comments:

Isn't it time we stop moving the clocks back and forth twice a year? Can’t we just leave them alone? Can’t we do common sense like so many other jurisdictions?
Posted by Michael at 12:16 PM No comments:

Recently Written By A Greenwood Resident

Governments keep expanding and expanding and expanding, forever growing larger and larger. They start some new departments here. They acquire a few more buildings there. Inevitably there is a need for more and more employees and more assistants.
They are ever increasing the number of laws and regulations. They are always starting new projects or programs. And so on and so on and so on, like an out of control drunk systematic machine!
They continually escalate costs which taxpayers --- and future taxpayers --- must compensate for. It never stops. It mushrooms on and on.
Government expenditures never decrease. They only go up and up and up and up. Currently, the average citizen must work continually for almost half a year just to pay taxes to the government.
Meanwhile the political powers give out more and more tax breaks to the favoured few. More recently they proffer large chunks of borrowed cash to select companies and corporations, all the while pleading platitudes of professed necessity and urgency.
Governments never have enough money. They always need more. Their appetite is insatiable.
The government too, as it constantly grows, pushes more and more into individual lives.
Is it any wonder that many citizens are not at all excited when they hear new politicians campaigning for office, just so they can continue propagating the same old bureaucratic growth?
Eventually there will be a revolt. How far the political taskmasters push the citizenry will dictate the violence of the backlash.
Then the politicians and their clustered cronies who drink from the public coffers will stand behind their armed gunmen --- the police --- and declare that they did nothing wrong and whatever got into the people to make them behave so madly?
Perhaps it won’t happen in some of our lifetimes, but in the end it is inevitable. There are signs of it bubbling now in many places in the world.

Posted by Michael at 3:50 PM No comments: