Apple Not So Polished ... Killing People

In the last decade, Apple has become one of the mightiest, richest and most successful companies in the world, in part by mastering global manufacturing. Apple and its high-technology peers — as well as dozens of other American industries — have achieved a pace of innovation nearly unmatched in modern history.
However, the workers assembling iPhones, iPads and other devices often labor in harsh conditions, according to employees inside those plants, worker advocates and documents published by companies themselves. Problems are as varied as onerous work environments and serious — sometimes deadly — safety problems.
Employees work excessive overtime, in some cases seven days a week, and live in crowded dorms. Some say they stand so long that their legs swell until they can hardly walk. Under-age workers have helped build Apple’s products, and the company’s suppliers have improperly disposed of hazardous waste and falsified records, according to company reports and advocacy groups that, within China, are often considered reliable, independent monitors.
Full Story >> http://www.nytimes.com/2012/01/26/business/ieconomy-apples-ipad-and-the-human-costs-for-workers-in-china.html
-
Posted by Michael at 1:29 PM No comments:

In Iran, for example, Christian Pastor Youcef Nadarkhani has been on death row for refusing to renounce his faith.
In Pakistan, Asia Bibi, a Christian woman, is still facing the death penalty for allegedly insulting the prophet Mohammed.
Full Story >> http://www.cbn.com/cbnnews/insideisrael/2012/January/Persecution-of-Christians-Rising-in-Islamic-Countries
-
Posted by Michael at 1:19 PM No comments:

Statistics show that 40 percent of all pregnancies in New York City end in abortion.
Full Story >> http://www.cbn.com/cbnnews/healthscience/2012/January/New-York-Abortion-Rate-Highest-in-the-US
In British Columbia there is strong government censorship on the number of abortions executed. One can try to extrapolate from what numbers are available and an annual number of 20,000 would not be unfair.
All are tax-payer paid.
-
Posted by Michael at 1:31 PM No comments:

The US Supreme Court ruled unanimously Monday that police must obtain a search warrant before using a GPS device to track criminal suspects.
Posted by Michael at 11:45 AM No comments:

Bell Mobility charges a late payment charge of 3% a month for overdue bills, or 42.58% a year.
Who needs the mafia when we have corporate citizens like this?
-
Posted by Michael at 1:37 PM No comments:

The Treasury on Tuesday started dipping into federal pension funds in order to give the Obama administration more credit to pay government bills.
Full Story >> http://www.chicagotribune.com/news/sns-rt-us-usa-debt-treasurytre80g20r-20120117,0,3458470.story
-
Posted by Michael at 11:20 AM No comments:

The Number Keeps Coming Up

Tim Tebow had the Biblical verse “John 3:16” in his eye-black under his football helmet. The football people wanted it removed.
In the amazing Wild-Card game on Sunday, Tebow threw for exactly 316 yards, averaging 31.6 yards per completion with a television rating of 31.6.
The football people can erase the eye-black but they can’t erase the stats. They are entrenched facts. 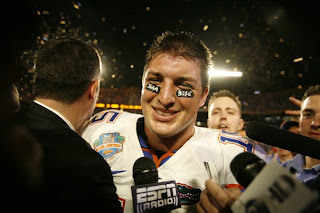 Full Story >>> http://www.msnbc.msn.com/id/45936838/ns/local_news-fort_myers_fl/t/tebows-coincidence-or-divine-intervention/#.TxHBi4FjFCP
Posted by Michael at 10:11 AM No comments:

Posted by Michael at 4:04 PM No comments:

Can You Not Laugh?

If you don't want to laugh, don't go there >> http://m.wimp.com/laughtercontagious
-
Posted by Michael at 7:58 PM No comments:

Diver Finds Woman's Class Ring Lost In 1930s, Returns It To Her Grandson

On Christmas Eve, the grandson, now 75, received his grandmother's ring in the mail.
Full Story >>> http://articles.orlandosentinel.com/2012-01-05/features/os-longwood-springs-ring-found-20120105_1_class-ring-scuba-diver-grandson
-
Posted by Michael at 9:24 AM No comments:

Planned Parenthood Executes 329,455 US Abortions In One Year

Planned Parenthood received nearly a half-billion dollars from the US government. The group reports it has net assets of slightly more than $1 billion.
Full story >> http://www.cbn.com/cbnnews/us/2012/January/Abortion-Provider-Received-Nearly-500M-from-Gov
-
Posted by Michael at 12:39 PM No comments:

The intruder pounded her door. The intruder broke in. The young woman was afraid. She fired her gun. No more intruder.
Full story >> http://www.orlandosentinel.com/news/nationworld/kfor-911-call-released-after-mother-kills-intruder-20120104,0,7986770.story
-
Posted by Michael at 10:35 AM No comments:

December saw record-breaking numbers for gun sales. Gun dealers requested more than 1.5 million background checks from the Criminal Background Check System.
Nearly 500,000 of those took place in the six days before Christmas and an astounding 102,222 background checks were administered on December 23 alone.
Full Story >>> http://thenewamerican.com/usnews/constitution/10418-december-gun-sales-break-single-month-record
-
Posted by Michael at 8:17 AM No comments: